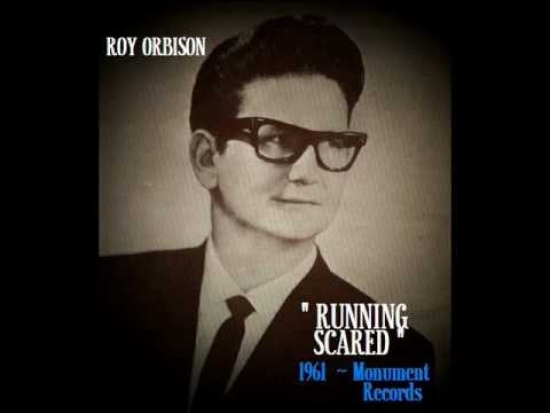 The first time as a kid I became aware of Roy Orbison, I have to tell you that the man just scared me.  The giant sunglasses, the Lego like blacker than black hair…seriously I thought the man might of have been a minor character from a b-level horror film or a member of the undead.  His voice too was unlike anything I had ever heard before, or since for that matter.  I couldn’t describe his singing voice as a kid, and I think as a music connoisseur in my forties I still can’t…though I am going to give it a shot that just won’t do him justice.

Orbison sounded like a pseudo-opera star, capable of angelic vocals, yet was more comfortable singing about despair.  He was able to this without coming across whiny and somehow was able to fit Pop, Rock and Country.  I don’t think I am wrong when I say that this is a guy who you will never hear anyone sound like again.

Orbison had a minor hit in 1956 as a rockabilly performer with “Ooby Dooby” when he was at Sun Records, but it was four years and two label changes later that he found his voice so to speak when he was with Monument Records.  Orbison and his mastery of sorrow had a major hit with “Only the Lonely”, a song that prior to writing this anthology I would have wagered heavily would have been the tune that would have been his first number one.  “Only the Lonely” went to number two, but with all of the cheery songs around, Orbison had proved there was a market for the broken hearted…and a strong one at that.

Roy would reach the Billboard mountaintop with “Running Scared”, a song even more somber and again from the point of view of the insecure.  While it was already atypical of the era for Orbison to have become a star, this song was especially unlikely as a chart topper as it did not have a chorus, utilized a bolero style, where the song built up to a crescendo; perfect for Orbison’s operatic singing, but not necessarily for 1961 radio.

Musicians like Orbison and Del Shannon were finding a place in the mainstream and it is no coincidence that they don’t feel as dated as many of their contemporaries.