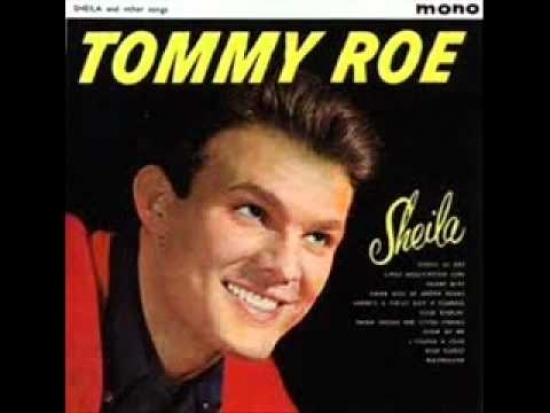 If it ain’t broke, don’t fix it, or better yet if it works rip it off.

I can’t help but feel that this was the mindset of Tommy Roe, whose first number one hit, and first hit of any kind was certainly inspired by Buddy Holly, and more specifically his hit, “Peggy Sue”.  Roe mimicked the vocal style, and copied much of the opening drum beat from Holly’s signature song, and though it was clearly an homage or a “rip off” of the bespectacled one, if you are going to do that with anyone, Buddy Holly isn’t a bad place to start and through osmosis and a weak crop of rock song around him, Tommy Roe had one of the most hard rocking tunes of the year with “Sheila”.

“Sheila” might have also been his best effort as following this song Roe would have a few more hits in the early 1960’s, though nothing as memorable nor nearly as rock and roll sounding, though he was a more than capable songwriter who had a far more diverse discography than he would become known for by the decade’s end.

His rock would give way to bubblegum and while this chapter is brief his career wasn’t and unlike many of the hit makers of the early 60’s, we will talk about Tommy Roe again.

More in this category: « The Loco-Motion Sherry »