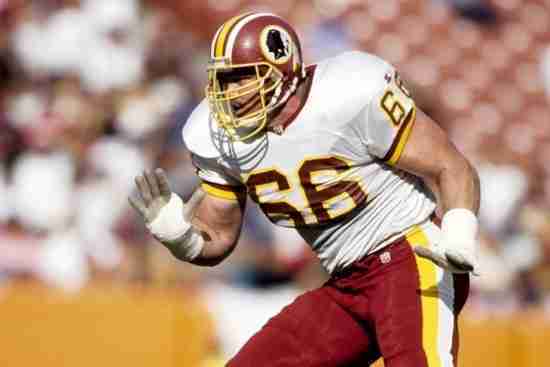 29 Feb
2016
Not in Hall of Fame
Last month, regular contributor, Spheniscus and I debated the Hall of Fame merits of those who were on the Baseball Hall of Fame ballot.


Chairman:  With all due respect to former Hog, Joe Jacoby, was not going to get in this year.  It was a battle between Alan Faneca an Orlando Pace and this was not because Faneca’s Steelers or Pace’s Rams do not have an O-Line representative and Jacoby’s Redskins do.  I firmly believe that the other two have better resumes than Joe.

Spheniscus: It was hard to see Jacoby getting in over Pace. He was the most likely to be the choice this year.

Jacoby is one of only four offensive 1980s All Decade Team first or second teamers not in the Hall. Interestingly the only first teamer who isn’t in is Jimbo Covert, who plays the same position as Jacoby, but has never been a finalist.

There was be no backlash (perhaps with the exception of the Potomac region). Pace was just getting this spot.

Chairman:  So we agree. The world except for a few people in Washington D.C. will not cry over this one.  Jacoby has the rings, but the fingers of both Faneca and Pace aren’t bare either.  Honestly, in almost every metric, I saw Joe Jacoby as the third best Offensive Lineman of this group, and he might have been lucky to get this far.

Spheniscus: So the question is does Jacoby ever get in? The best Offensive Lineman coming next year is probably the Patriots’ Matt Light who was the best offensive lineman of the Pats’ Super Bowl era. But he doesn’t seem likely to be a finalist to me.

In 2018 two centers, Matt Birk and Jeff Saturday, and one guard, Steve Hutchinson join the group. But 2018 is so loaded I doubt any of them makes the final 15 (Randy Moss, Ronde Barber, Brian Urlacher, Richard Seymour, and Ray Lewis. Five potential first ballot guys).

In 2019, we add six time Pro Bowler Brian Waters as the only serious OL candidate.

Chairman:  No it doesn’t, and his induction will only come through the Senior Vote, though it would be a surprise if his name was even brandished about for that.

I wouldn’t have voted for him either, had I been on that committee, and I say that with all due respect.  I have fond memories of watching a lot of the NFC East in the 80’s, which was the main division on television when I grew up in the 80’s.  Well, it was that or the horrific Buffalo Bills game that was also shown!

Anyway, I have major respect for the Hogs as a whole, and they made a lot of Quarterbacks look better than they were.  For me Jacoby is a Hall of Very Good player, which if I had a team of I could win a Super Bowl every year.

Spheniscus: Yeah, they said at the time he was inducted that Russ Grimm was the guy who got in as the representative for the Hogs. I almost wonder if this nomination was made so when he comes up for the senior vote they have something to base it on.

That is probably the only way he is getting in.
Last modified on Thursday, 22 March 2018 15:05
Tagged under
Tweet

More in this category: « A look at Marvin Harrison's PFHOF Induction A look at Morten Andersen's PFHOF Snub »