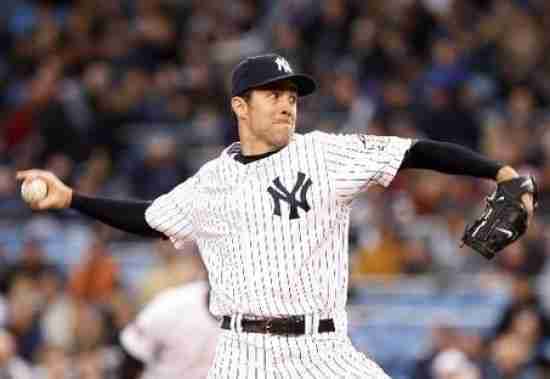 Chairman: Spheniscus, I have a feeling we have similar reminisces of Mike Mussina.  As A.L. East guys (Toronto and Boston) respectively, we have seen Mussina many times, and often on the winning side.   The funny thing I have always found with him that as good as he was, and while playing for high profile teams, he isn’t someone who ever was on the tip of your tongue when you talk about the great pitchers.  He was considered in the elite group, but never the best, but what if he won a Cy Young?

Mussina finished in the top six in Cy Young voting nine times, and while I am too lazy to check just how many have done it, it can’t possibly be many.  He is 26th all-time for WAR for Pitchers and is over the average JAWS for Starting Pitchers in the Hall (63.8 to 62.1).  He is near the 3,000 Strikeout level, has 270 Wins in a time when he could have possibly kept going to go for 300.  This is a man who only had a twenty win season once, but did so in his last year.

He moved up to 24.6% last year, and I expect a sizable increase this year, but if he would have stat compiled for two more years and hit 300 Wins and 3,000 Strikeouts would if he at least debuted at 50%.

Spheniscus: Mike Mussina is a Hall of Famer. He killed us with both the Orioles and the Yankees (although it is shocking to me that he never made an All Star Game with the Yankees. That seems impossible.) Those 30 wins and 182 strikeouts shouldn’t matter in this day and age. Mussina is the 28th greatest starting pitcher in baseball history by JAWS. Everyone in front of him is in the Hall except for Clemens, Schilling, and a Scottish gentleman named James McCormick who last played in 1887. He’s ahead of Tom Glavine, Nolan Ryan, Jim Palmer, Bob Feller, Juan Marichal, Don Drysdale, Red Ruffing, Don Sutton and many others who are in the Hall.

With no other legitimate starters joining the ballot this year, he will make a jump and probably a big one. In fact, he is probably one guy that the 10 year limit will help as there will be fewer guys to vote for as he gets into year six, seven, and eight on the ballot. He will be in. It is just a matter of time.

Chairman:  My spidey sense was tingling that we would have the exact opinion on Mike Mussina.  Here is what else I think also makes him jump quite a bit this year…Curt Schilling.

The ballot is still crowded, but like we said with three HOF pitchers leaving the ballot and nobody taking their place it helps men like Curt and Moose.  Still, if there are voters who wanted to vote for both of them but placed them ninth or tenth on the ballot, who do you eliminate; the modest Mussina, or the foot in the mouth Schilling, and like it or not, this matters when you take the human element into the equation.

We both think it will be a big jump, and I will predict that Mussina will have a near two digit jump more than anyone else…or at least that is what I am hoping will happen!

Spheniscus: He should have a big jump because he got caught up in the numbers game last year. Randy Johnson and Pedro are two of the ten greatest pitchers of my lifetime. Plus Smoltz and his great starter/closer combo meant that there were too many pitchers to vote for. Those three are gone (Clemens is still there but that is a different kettle of fish as we discussed), and Mussina will get more of the benefit than Schilling.

How much of a jump? Bold prediction time… Schilling goes up AND Mussina still passes him on the list. I’m giving him a 20 point jump all the way to 44%. I may be out of my mind since, as one famous Yankees fan would say, that is a HUGE number, but I think it is entirely possible given the list this year.

Chairman:  I will keep this one simple.  I will call 42%, and he definitely receives my vote!

Spheniscus: He is 6th on my list, so clearly he gets my vote. And I am sticking with my 44% call. Less than half the voters, but more than halfway to election.
Last modified on Thursday, 22 March 2018 15:09
Tagged under
Tweet