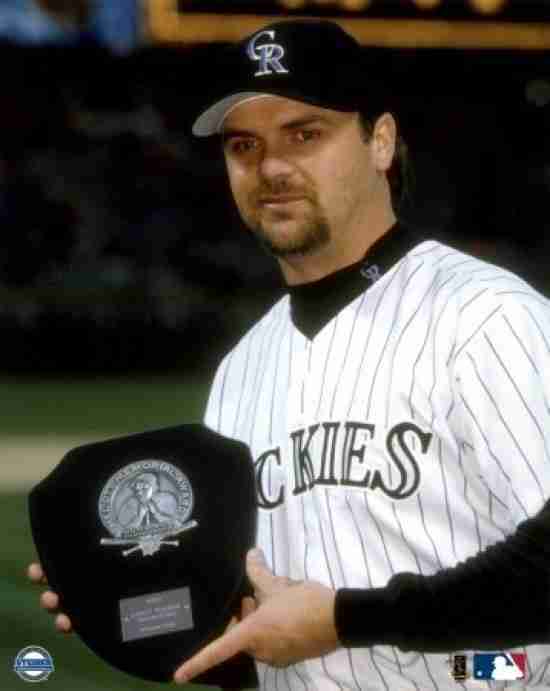 01 Jan
2016
Not in Hall of Fame
Last year, we did our first ever debate on Notinhalloffame.com where we tackled the Hall of Fame merit of twenty-four men who are on the Hall of Fame ballot, in what was in our opinion the most loaded ballot in our lifetime.

Chairman: When you talk about Bonds, Clemens, Sosa and McGwire and the Baseball Hall of Fame the first thing that comes to mind is PEDs.  It is a heavy yoke for sure, but I don’t think it is nearly as heavy as the one that Larry Walker has, Coors Field.

Baseball fans know that Coors Field has been using a humidor in the past thirteen years to help neutralize the affect and numbers show that it has been working, but that happened in 2002, when Walker had already been playing for seven seasons so you do have to take into account what he did there.

Saying that, let’s look at what he did (during his Rockies tenure) on the road.

You know, sometimes I wonder if Walker had the same road numbers and had numbers around .330/.420/.550 at home, I honestly think his vote percentage would be a lot higher that the 11.8% he got last year.

Spheniscus: Remember how I said that Tim Raines was hurt by playing in Montreal? Well Walker’s candidacy probably would be bolstered if he had stayed in Montreal longer.

When the Red Sox played the Cardinals in the 2004 World Series, Walker had just been traded there and Joe Buck called him a future Hall of Famer. That was the first time that it had occurred to me that he actually had a case. Why? Part of it was his numbers and part was what happened to the other Rockies best players of the 90s when they went to other teams.

Vinny Castilla went from being a mid .310s hitter to a .260s hitter (except for the one year he was back in Colorado in 2004). Dante Bichette? He went from hitting .340 in Colorado to making Red Sox fans pine for the good old days of Jack Clark. Hell, even Mike Kingery hit almost .350 there in 1994. Mike Kingery! Only the Big Cat, Andres Galarraga, seemed to be close to the same hitter out of Colorado that he was in Colorado. And he ended up with 4.1% of the vote the one year he was on the ballot.

So is Walker a Hall of Famer? The numbers say that he probably is. But it depends on what you think about the numbers. It’s funny actually, because you are right. If he were a worse player at home he’d probably be in the Hall. Unfortunately for him, he was too good for his own good. I think he may have an issue getting in, particularly with the 10 year limit now in place.

Chairman:  It is completely true.  Walker isn’t getting in and we all know why, and you are right.  He is being penalized for being too good!

Going back to Montreal, let’s say that strike doesn’t happen and the Expos, who at the time were the best team in baseball, go to the playoffs and win and Walker is a star there, possibly allowing the Expos more money to keep him?

Chances are with the dollar exchange the Expos couldn’t have afforded him anyway, but doesn’t it feel that if he signed as a free agent with any other team and had the same home stats he did in Montreal are we debating this today?  At the very least, he would have a higher percentage of votes yet have weaker statistics.  How insane is this?

I am reading about writers who are changing their minds about Bonds and Clemens but not Walker who had the misfortune of playing for the right team at the right time when the league hadn’t yet adapted to the Coors advantage.

This is giving me a headache.

Spheniscus: If only he had known that doing worse for his home fans would be such a benefit to his legacy. Or that he should have invested in a humidor company. He would have made a killing.

It’s funny, when we started this he was the 15th guy on my list. Since then, he has moved up to #10. So my opinion has certainly changed with more research into this. Given that the writers gave him 11.8% of votes last year, where do you think he ends up this year? Does Griffey being on the ballot hurt him?

Chairman:  I don’t think Griffey’s appearance on the ballot makes much a difference to our Canadian baseball hero.  There are a lot of people who had their mind made up about him with Coors, but there are some voters where he might move up a spot or two with the ballot being slightly thinner than last year.

He does however have my vote, and I will predict 15%.

Spheniscus: 15% seems about right, but if he actually went down a little it wouldn’t surprise me either. And yes, he’d have my vote Coors Field or not.
Last modified on Thursday, 22 March 2018 15:09
Tagged under
Tweet