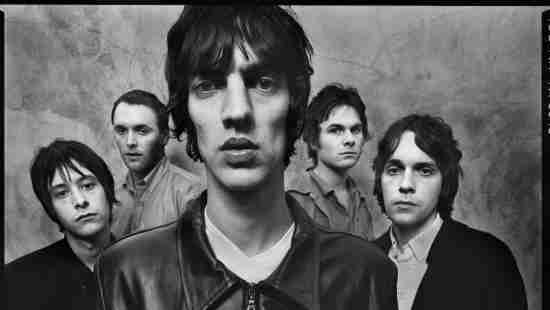 08 Sep
2017
Not in Hall of Fame
Regular contributor Spheniscus has brought us something that we are very excited to share with all of you. It won’t be long before the Rock and Roll Hall of Fame announces who their Finalist for the next class and our friend from Chicago by way of Boston has put together his top 40 acts in terms of their chances who enter eligibility this year.

Honesty time again, this is one of my personal favorite bands (much thanks to Abby Lackman for introducing me to them many years ago). And as a result they are probably too high on this list, which is a weird thing to say about the #35 band on the countdown. But Moxy Früvous is Canada’s premier 90s political satire rock band and there just is just no precedent for any band like them ever sniffing the Rock Hall. If Dr. Demento and Weird Al aren’t getting a shot, neither will Moxy Früvous. But do I love them so.

The nonsensically named Moxy Früvous was formed in 1989 when high school friends Jian Ghomeshi, Murray Foster, and Mike Ford joined David Matheson to busk around Toronto. They became well known and eventually caught the attention of the CBC who commissioned them to make satirical political songs for their show “Later the Same Day”. Many of their songs are a capella or have minimal musical accompaniment. In fact, for those who aren’t familiar with them, they are likely to remind you of another Canadian band with no real shot at the Hall, Rockapella.

They released their first album “Bargainville” in 1992. They went on tour for that album and essentially did not stop except to release seven more albums. They toured straight through to 2000 at which point they decided to take a break and well, really just never got back together. They have still been performing in pairs in different groups, Foster has paired up with Matheson in the band Great Atomic Power and has released two albums with Ford as part of the Cocksure Lads. But have not been performing under the name Moxy Früvous since 2000.

It also seems unlikely that they are going to be getting together any time soon. Jian Ghomeshi was arrested and charged with seven counts of sexual assault in 2014 and 2015. And while he was acquitted on five charges and had the other two dropped, the other members’ reaction to his arrest seems to indicate that there were fissures within the band that would have required serious repair even before the arrest.

That said, I still love this band. When they were active there was nobody better. And in case you didn’t know Dave Matheson… he once was the king of Spain.

This is probably the first widely known group on the list. The Verve’s “Bittersweet Symphony” was one of the anthems of the 1990s and one of the iconic music videos of the decade. It was nominated for a Grammy and hit #12 on the Top 40. They also lost all the royalties to it due to improperly getting permission to sample an orchestral version of the Rolling Stones’ 1965 hit “The Last Time”. It makes the song title pretty a propos.

The Verve were founded in Wigan, England in 1990 by lead singer Richard Ashcroft, guitarist Nick McCabe, bassist Simon Jones, and drummer Peter Salisbury. Keyboardist Simon Tong would eventually join and complete the five piece band. They released their first album “A Storm in Heaven” in 1993, but it wasn’t until their third album 1997’s “Urban Hymns” that the band found real success. Unfortunately, as fast as the climb was from that album the fall was just as fast as by April 1999, they had broken up.

The Verve has an interesting legacy. Unlike the previous groups on this list, they have a top 40 hit and an iconically massive one like that. They are an essential 90’s band, but they don’t really even have rights to their own signature song. And while they were more successful in the U.K., they are a one hit wonder here in the U.S. And despite a short comeback a decade ago, they seem to be largely done as a unit. That said, they will always have “Bittersweet Symphony”. Sort of.

Georgia based rocker and one hit wonder Shawn Mullins comes in one spot higher than The Verve based mainly on his still rocking out all these years later. Mullins was born in Atlanta and attended high school in Clarkston, Georgia where he became friends with Amy Ray of the Indigo Girls.

After briefly considering a military career, Mullins released his first album in 1992. It wasn’t until his 4th record however, 1998’s platinum selling album Soul’s Core where he reached international stardom. His sing-spoken single “Lullaby” would rocket all the way to #7 on the Billboard charts in 1998.

It was a short lived fame, however, as he has put out an additional five albums since then has not come close to replicating the success of his one and only hit. That is not going to be enough to get him into the Rock Hall, but that’s okay because for him everything is gonna be alright. And you aren’t gonna get this song out of your head for the rest of the day.

Originally founded as a duo by Georgetown undergrads Matthew Scanell and Keith Kane in 1991, alternative rockers Vertical Horizon come in at #33 on this year’s list. Scanell and Kane started out playing as a cover band and after graduation moved to Boston and released their first album, 1992’s There and Back Again.

They toured throughout the east coast as a largely acoustic duo for several years and released a second album in 1995 (Running on Ice) before deciding to add members and become a full band. First to join was drummer Ed Toth in 1996. The band also picked up Berklee College of Music bassist Sean Hurley in 1998 and changed from an acoustic to an electric guitar driven band, hoping to catch the eye of a major label.

They did and RCA signed them in 1998. The pairing worked for both as the title track for their first RCA album “Everything You Want” hit #1 in 1999. A second track “You’re a God” would also chart and Vertical Horizon spent the next three years touring. Future efforts, including 2003’s Go were not as successful and the band began to fray. Toth left to become the drummer for the Doobie Brothers in 2005, where he remains to this day. Hurley would move on in 2008 and Kane would leave for a solo career in 2010. This left Scanell to tour under the Vertical Horizon name with a reconstructed band around him.

In all they have released six albums, but will forever be known for their brief stop at the top of the music charts. A two hit wonder, they are unlikely to ever sniff the inside of the Rock Hall without a ticket, but they had a brief moment of glory in a solid music career and for that they deserve some recognition.

Founded in the college town of East Lansing, Michigan in 1992, The Verve Pipe used energetic stage performances to gain fans and eventually lead them to stardom. The band was originally comprised of lead singer Brian Vander Ark, his brother bassist Brad Vanderark, guitarist Brian Stout, and drummer Donny Brown. Stout would shortly be replaced by AJ Dunning and with the addition of keyboardist Doug Corella, they had the lineup that made up the group for the majority of their existence.

Known for having a combo pop/grunge sound, they released their first album, a 10 track EP that is now out of print, I’ve Suffered a Head Injury in November 1992 and followed it up with Pop Smear in 1993. That led them to being signed by RCA and it was their first album with RCA, 1996’s Villains that led them to the top of the charts. Their third single off that album, “The Freshman”, which was originally released on their first LP, rocketed up the charts in the summer of ’96 eventually landing at #5 on the Billboard Charts and #1 on Alternate Rock chart.

Villains also featured another song “Photograph” that is my favorite “forgotten” 90’s song. It went to #6 on the Alternate Rock chart, but never actually hit the Billboard chart. Their second RCA album, the eponymous The Verve Pipe was released in 1999 and Underneath was released in 2001, but music had moved on from grunge and neither had a bankable single. Thus leaving The Verve Pipe as a one hit wonder.

Despite that and an eight year hiatus from recording, The Verve Pipe continues to put out music. Releasing a couple of children’s albums, a Christmas album, and more recently, two new studio albums, the second of which, Parachute, came out this February. The fact that you probably had no idea that they had a new album in February probably tells you all you need to know about The Verve Pipe’s chances for the Hall. They were good, they had their moment, and the music world moved on. But they will always have their one hit “The Freshman” and “Photograph”, linked below, which should have been their second.