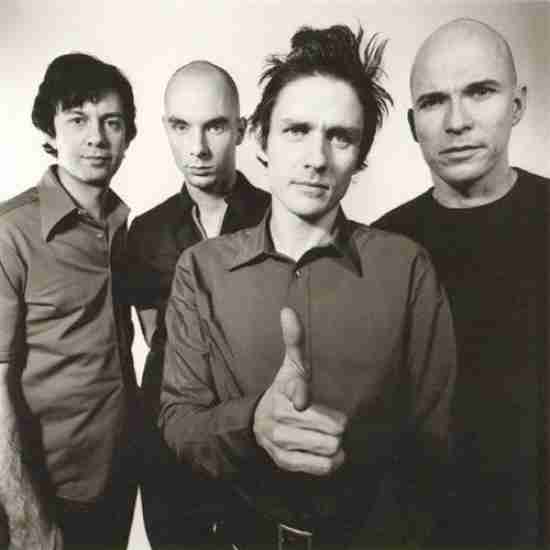 03 Sep
2017
Not in Hall of Fame
Regular contributor Spheniscus has brought us something that we are very excited to share with all of you. It won’t be long before the Rock and Roll Hall of Fame announces who their Finalist for the next class and our friend from Chicago by way of Boston has put together his top 40 acts in terms of their chances who enter eligibility this year.


We start this year’s list with one of the few artists who has been significantly more acclaimed in death than she ever was in life, DC area jazz and blues musician Eva Cassidy, who died of cancer in 1996 at the far too young age of 33.

Cassidy, who released her first album in 1992, was best known for her cover versions of other people’s hits including Little Willie John’s “Fever”, Billie Holliday’s “God Bless the Child”, The Impressions’ “People Get Ready”, John Lennon’s “Imagine”, and “Somewhere over the Rainbow” from “The Wizard of Oz”. It is this last recording that was her first charted hit, hitting #27 in Ireland and #42 in the UK in 1999, three years after her death. Her first, and only, #1 hit anywhere was when a recording of her singing “Wonderful World” was redubbed into a duet with her and Katie Melua, and went all the way to #1 in the UK in 2007.

Despite her short life and recording career, Cassidy still is one of the best-selling and acclaimed jazz musicians of the past 20 years. She released six studio albums (four posthumously) and has now sold far more records in death than she ever did in life. In fact, back in 2005 Amazon released their top selling artists from their site at that time. Cassidy placed 5th, behind The Beatles, U2, Norah Jones, and Diana Krall.

So here is her recording of “Somewhere over the Rainbow” that started it all for her, and starts it for us on my Top 40 new acts eligible for the Rock Hall list for 2018. One of the best incoming classes in years.

The second band eligible for the first time this year is a band that has never had a hit, Nashville Alt Country jam band and lifelong project of songwriting force Kurt Wagner, Lambchop. Never a band with a set membership other than Wagner, they have been described by AllMusic as “arguably the most consistently brilliant and unique American group to emerge during the 1990s.” Twelve albums later, they are still going strong.

I will be honest and state that I this was not a band that I knew a lot about before starting this year’s research. But as I was reading about them, there was just glowing review after glowing review of their music and especially their performances. And having been through this, I now have to find the opportunity to see them in person. They are absolutely incredible.

They are a bit hard to describe. The lyrics are pretty nebulous in their meaning. Anyone can get something to believe in out of every song. But the musicianship is incredible. Just fabulous. Will they ever get the call to the Hall? No, they won’t. But damn, if you won’t spend the next two hours watching performances like this one from 2009 at the 20th Anniversary of the Merge record label (also known as XX Merge).

2017 is a good year for awesome live bands that never had a hit and the next act certainly fits that bill. The somewhat oddly named Jon Spencer Blues Explosion was formed in 1991 when Jon Spencer moved from fronting a scuzz-rock band called Pussy Galore in DC and moved to New York, and met up with drummer Russell Simins and guitarist Judah Baker, to found the Blues Explosion. The oddness in the name comes from the fact that while there is some basis in blues in what they play, under no circumstances would you really consider them a blues band.

What they are is almost an anti-rock band, pulling heavily from the garage and noise music scenes. And they are an incredible trio to see live. They have a dirty sound and a frenetic, energetic stage presence. They have also been prolific with their work, having released fifteen albums and fourteen additional EPs over the past 25 years. And while they are unlikely to ever make the Hall, they have been an incredibly important influence in the New York Music scene for more than two decades, working with Ad Rock, Elliott Smith, the late, great Solomon Burke, and fellow first time eligible Beck among many others over the years. There is also no one else who quite sounds like them.

So here they stay at #38 with a song that pretty much describes who they are to a T. It is a 1994 performance of their “hit” Afro live on British TV. Worthy of acknowledgement for their long career, but just not ever sniffing the hall.

The fourth group eligible for the first time this year is South Central alternative rap outfit The Pharcyde. Formed in 1989 by Imani (Emandu Wilcox), Slimkid3 (Trevant Hardson), Bootie Brown (Romye Robinson), and Fatlip (Derrick Stewart), they were one of the more eccentric of the early hip hop groups and found some significant crossover appeal, which included a performance at Lollapalooza in 1994. Ultimately, infighting between the members and issues with representation led to the group largely disintegrating, although their early releases are still considered old school classics within the genre.

They released their first album, “Bizarre Ride II the Pharcyde” in 1992. The second single off this album, “Passin Me By” became their biggest hit, peaking at #1 on the rap charts and #52 on the Hot 100. Their success continued into their second album “Labcabincalifornia” in 1995, which had them hitting the top 100 again with “Runnin” and “Drop”.

Unfortunately, the release of that album signaled the beginning of the end of The Pharcyde as a force in the rap scene. Infighting led to first Fatlip and later Slimkid3 leaving for their own projects. And while the group has released two additional albums, the remaining members have never been able to recapture the magic of their first efforts.

But they were an important group for hip hop’s crossover into the American mainstream music scene and for that they should be remembered. It is just unlikely to be by the Hall.

You may be sensing a theme at the back end of this year’s Top 40 first time eligibles, but Luna is yet another critically acclaimed band without a real hit. Called the “best band you never heard of” by no less of an authority as Rolling Stone, Luna was founded by Dean Wareham following the breakup of Galaxie 500 in 1991.

Luna was mostly active from 1991 through 2005 and apart from Wareham has had a rotating group of members. Most recently, the group has consisted of Wareham, guitarist Sean Eden, drummer Lee Wall, and bassist Britta Phillips (Wareham’s wife), who is honestly probably best known for being the voice of Jem, the lead singer of the Holograms.

Luna is an indie band that has been described as being “dream pop”. They have a guitar-centric ethereal sound that is hard to describe and really to replicate. And they never once really got close to having a real hit. They never charted, in fact their 5th album 1999’s “The Days of Our Nights” was listed as not commercially viable and they got dropped from their label. Probably they don’t have anything going for their candidacy other than the love of the people who are actually voting on who gets in. But they are interesting and worth a listen. Here they are covering Serge Gainsbourg’s “Bonnie and Clyde” in 2001.