Golden State Warriors or Boston Celtics: Who Has a Better Chance 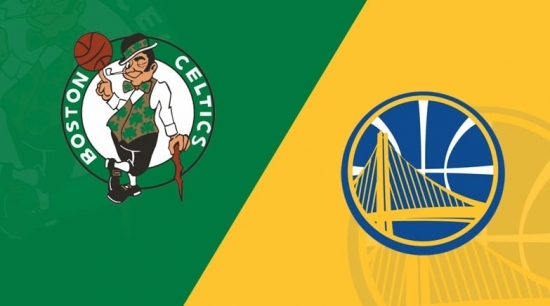 Golden State Warriors or Boston Celtics: Who Has a Better Chance

The Golden State Warriors were outshined by the Los Angeles Lakers and the Los Angeles Clippers this offseason. Both in the media and on the NBA odds boards. With Kyrie gone –and a handful of others–  the Celtics got ignored as well.

Let’s compare the two teams and have a look at their odds to win the NBA title as well as the Eastern and Western Conference Championships and determine if they are getting too much love or too much shade. And of course, who is more worthy of the probability and odds given – remember to check this Intertops review before getting into the futures action.

As of Monday, the Celtics are sitting just outside of the top-10 with regards to their offense. Boston is putting up 113.13 points per game and has managed to regain its status as one of the league’s elite defensive units. Currently, the Celtics are No. 5 in the league in points allowed at just 103.75 and are also No. 5 in the league in field goal percentage at 41.77. They are also in the top 10 – No. 8–  in free throw percentage.

After losing their opening matchup loss against the Philadelphia 76ers, they have gone on a tear, smashing their way through the Toronto Raptors, Milwaukee Bucks, NY Knicks twice, the Charlotte Hornets, and San Antonio Spurs for seven straight wins.

On Monday they host the Dallas Mavericks and are coming in as -3.5 point favorites. So if you are to believe the odds, they will increase their run to an 8-game winning streak before Tuesday.

Even with Klay Thompson out for the foreseeable future, the Golden State Warriors started the season with decent odds to win the NBA title, albeit, behind the LA Clippers and LA Lakers. But the injury to Steph Curry has recently made the Golden State Warriors odds drop like a little kid holding a hot potato. Prior to the injury, the Warriors were around +1200 to win the Championship. However, now they have fallen to +5000 or 50 to 1. This is a huge drop.

Faith in the Warriors has fallen so hard that they are coming into their Monday matchup against the Utah Jazz as double-digit underdogs. This is a complete role reversal for the Dubs. Their season start is almost the exact opposite of the Celtics. GSW has only won two games so far this season and is on a three-game losing streak. Even without the brothers splash … the Warriors offense isn’t terrible. They rank No. 14 for scoring in the NBA and are the best free-throw shooting team in the league. But they have no defensive identity at the moment. The Warriors rank No. 29th overall on defense, mostly due to their horrible road performances. At home they only marginally improve, allowing 120 per game for the 26th worst home defense in the league. So, it’s clear that Curry and Thompson provide more than just offensive fire-power. They give the Dubs leadership and fantastic perimeter defense.

The Boston Celtics have taken the No. 6 spot on TeamRankings predictive power rankings. On the Las Vegas odds boards, they are No. 8 in line behind the Nuggets, Jazz, Rockets, Rockets, Sixers, Bucks, and both LAs.

The Warriors are in 12th place on the NBA odds boards but the predictive algorithms have the Warriors way back at 21st. This makes sense given the fact that their overall defense scoring statistic is No. 29 in the league. So, how do we reconcile the fact that they have the 12th best odds on the board? Well, they are Golden State and Curry will be back, perhaps in time for a run at the playoffs. If they get into the post-season, who knows what happens. Still, I feel they are massively overvalued at the moment. Meanwhile, the Celtics are right about where they should be. Perhaps a tad bit undervalued given the fact that they keep winning. That said, there is a lot of season left, and both of these teams have lot to prove over the next few months.

More in this category: « Who will join Derek Jeter in the Baseball Hall of Fame in 2020? Bill DeWitt III Claims London Games Are To Thank For Baseball’s Global Popularity »