Who will join Derek Jeter in the Baseball Hall of Fame in 2020? 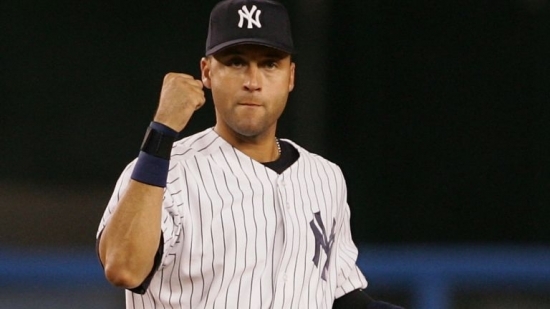 With the announcement of the Modern Era candidates for the Baseball Hall of Fame, it is now time for us to look at the upcoming ballot for the Baseball Writers, who will be voting for the Class of 2020.

What we know so far, is that there is no way that this will be an empty class.  We have a sure-fire first ballot inductee in Derek Jeter, who with his 3,465 career Hits, a career Batting Average of .310 and five-time World Series Champion could become the second former player following Mariano Rivera, to receive a unanimous vote.  Should that happen, it will mark a back-to-back of two former New York Yankees teammates earning that distinction.

Last year, Curt Schilling received 60.9% of the vote last year in a very strong field (especially for pitchers) says Paruk from SportsBettingDime.com.  Less tainted by PEDS than the likes of Roger Clemens and Barry Bonds, Schilling should crack 75% if the outspoken Trump supporter doesn’t rub writers the wrong way in the next couple months.

As for Bonds and Clemens, they are both entering their eighth year of eligibility.  What once was thought as an impossible mountain to climb, the two stars both approached 60% last year.  While enshrinement this year seems unlikely, a continued rise could bode well for them in the next two years.

As for us, the one we are looking at the most is Larry Walker.  The Canadian slugger seemed to have no chance for Cooperstown a year ago, but he rocketed from 34.1% to 54.6% last year, and with him facing his final year of eligibility, we could see the first player inducted with a Colorado Rockies cap.

One thing, we know for sure is that we will be paying attention!a

More in this category: « Awards=HOF? Part Forty: The Bill Masterton Memorial Trophy Golden State Warriors or Boston Celtics: Who Has a Better Chance »