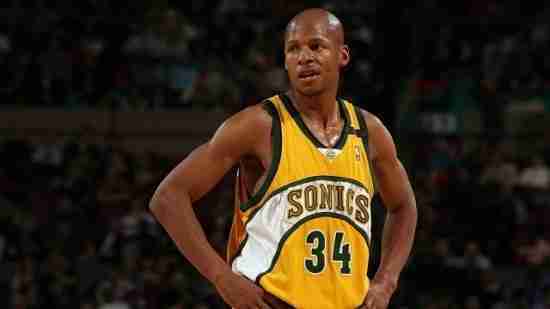 In every full season that Ray Allen spent with Seattle, he was named an All-Star.  Known for his sweet shooting skill, Allen’s season average never dipped below 23 Points per Game (as a Sonic) and without question, he was considered the king of the three-point shot.  Allen would later become part of a “big three” with Paul Pierce and Kevin Garnett and win a Championship in Boston but guaranteed there were many in Seattle cheering him on in his later accomplishments.


It is certainly worth noting that Allen’s stats in Seattle are significantly higher than it was for any other team he played for.  Allen would enter the Naismith Basketball Hall of Fame in 2018, much of which was due to what he accomplished in Seattle.