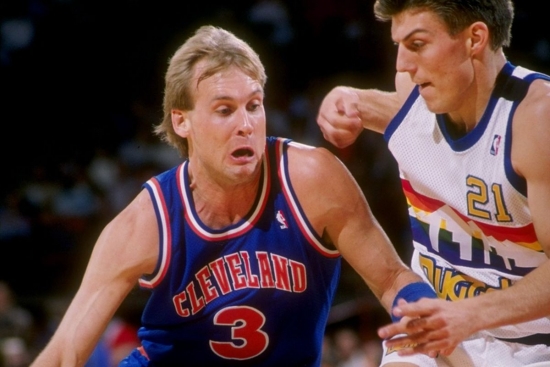 Craig Ehlo had some big shoes to fill as he was brought in to replace the injured Mark Price and the former Washington State Cougar had his share of moments, most notably a 31 Point Game against Michael Jordan, although Jordan would later torch him on “The Shot” that took the then underdog Bulls over Cleveland in the 1989 Playoffs.

That aside, Ehlo is one of the few players in Cavaliers history who played over 500 games with the franchise.  Ehlo averaged at least 10 Points Per Game in four straight seasons (1989-90 to 1992-93) and would twice land in the top ten in Three-Point Field Goal Shooting Percentage.