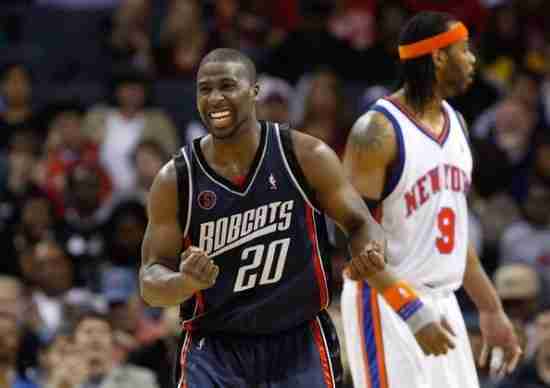 The fifth overall ick in the 2005 NBA Draft, Raymond Felton was the Point Guard for the North Carolina Tar Heel team that won the NCAA title in just before his draft. Felton was not a champion in Charlotte, but Felton was a solid scorer and distributor in the pros.


Felton would leave Charlotte averaging over 13 Points and 6 Assists per Game and while he struggled to help his team out of the playoffs, he was still effective in his role.