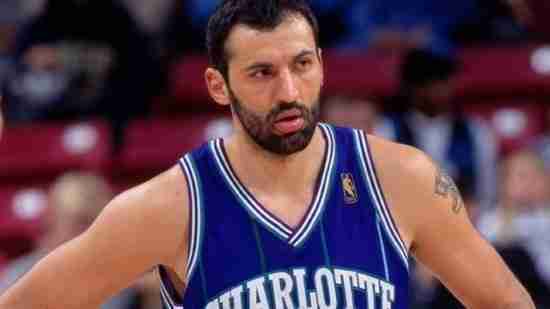 Vlade Divac was one of the more popular players in the NBA, but for many in Charlotte, this is the guy who was traded for the rights to Kobe Bryant. History now shows that trade being a little lopsided (though let’s be honest, do you really see Kobe playing his entire career in Charlotte?) but history also shows that Divac was a very good player who put up good numbers in every metric.


In his two seasons with the Hornets, the Serbian would put up some of his best blocking numbers, while still coming close to a double-double average and was a big part of the success the team had, helping them make the playoffs both years he was there.