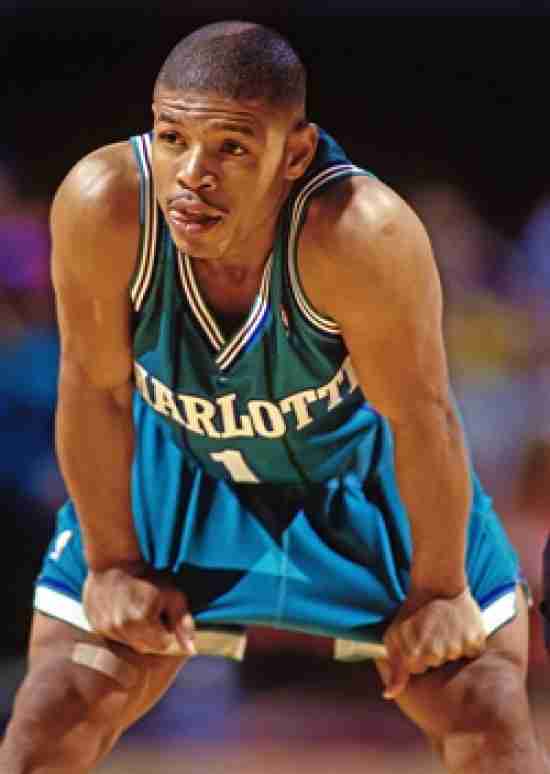 While he may not top the list, standing at five foot three, Muggsy Bogues is definitely pound for pound the best Charlotte Hornet of all time. Bogues spent ten years in Charlotte where the pit sized Point Guard continued to defy logic and was a fan favorite not only in Charlotte but in the entire NBA.


Muggsy was not a gimmick, but a good player who would twice finish with a 10 Assist per Game Average and three times finished with double digits in Points. Bogues was also quite the thief, averaging 2 Steals per Game in a season three times.

Would be also safe to say that pound for pound he was also the most entertaining Hornet ever? We will, and for that matter let’s say in Basketball history!