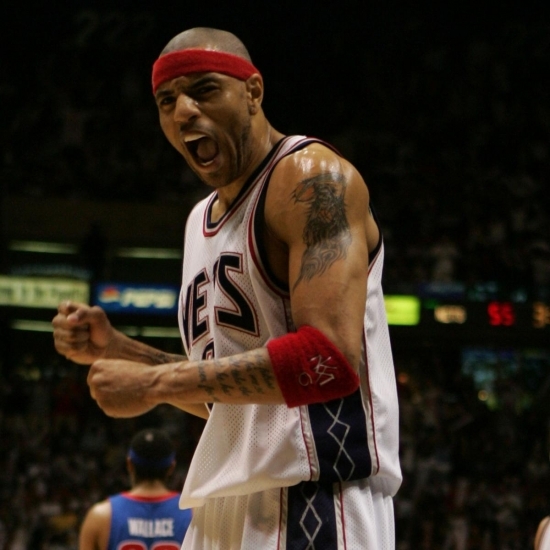 Named the National College Player of the Year as a senior at the University of Cincinnati, Kenyon Martin was the first overall draft pick of the 2000 Draft where for the New Jersey Nets he was the runner-up for the Rookie of the Year Award losing to Mike Miller.  Martin would be joined by Jason Kidd and they helped reverse the fortunes of the Nets who would make back-to-back NBA Finals but his best season was 2003/04, which would also be his last in a New Jersey uniform.  He matched his 16.7 Points per Game average of the year before but averaged 9.5 Rebounds and was chosen for the All-Star Game, the only one he would be chosen for.

Martin was traded to the Denver Nuggets after the 2003/04 season and he played another 11 years.