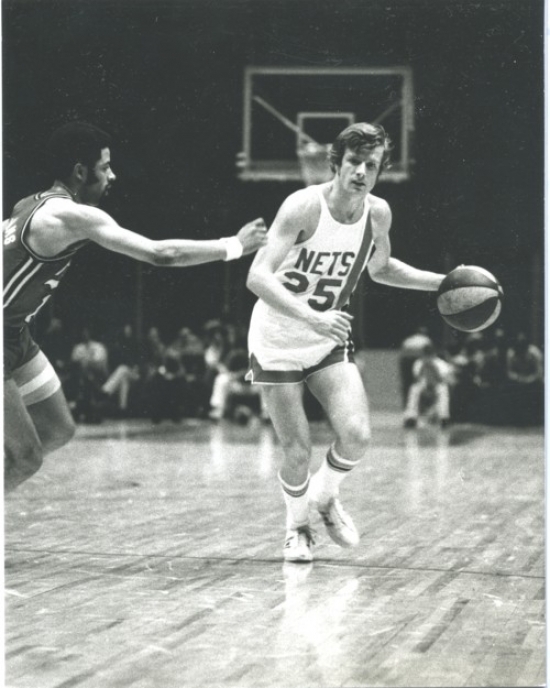 As a rookie, Melchionni was a champion with the Philadelphia 76ers where he provided good effort off the bench.  He stayed there for two years and then plied his trade for Trenton in the Eastern League where he was a starter and he stayed in state joining the Nets of the then ABA.

With the Nets he would get a chance to start and he showed what he could do by leading the ABA in Assists and Assists per Game in both the 1970/71 and 1971/72 season.  He was named an ABA All Star those season and the year after but he afterwards he lost his starting Point Guard job to Brian Taylor, but he was still a valuable asset off the bench helping the Nets win the 1974 and 1976 ABA Championship.

He would retire after the Nets and the ABA merged into the NBA.