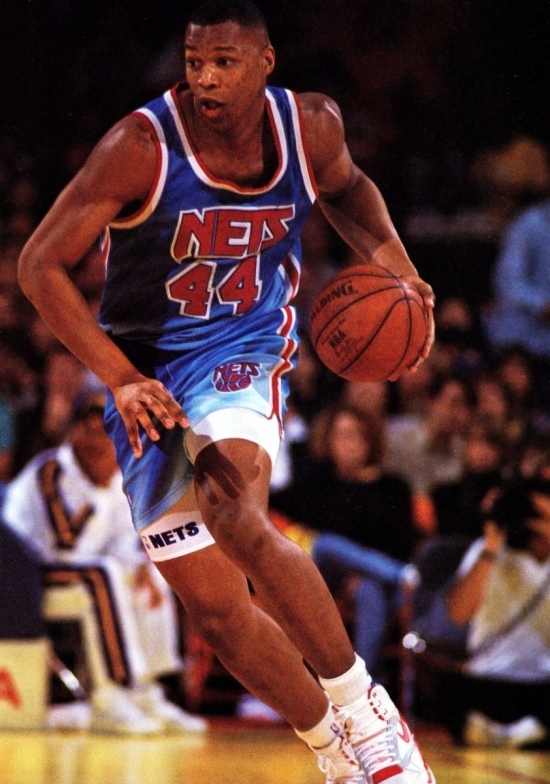 The starting Power Forward for the New Jersey Nets for the first five years of the 1990’s, Derrick Coleman got off to about his good a start as you would hope for when you draft a player number one overall like the Nets did in 1990.  As a rookie, Coleman won the Rookie of the Year Award with a double-double average of 18.4 Points and 10.3 Rebounds per Game.  In Coleman’s third season he reached the 20 Points per Game mark, which would be the level he would stay at for the duration of his stay in New Jersey while maintaining a double-digit board average.  He was named an All Star in 1994 and was a two-time Third Team All-NBA member as a Net.

There was a knock that Coleman was lazy and did not live up to his potential but as Net he was an imposing force that warrants this top ten rank.