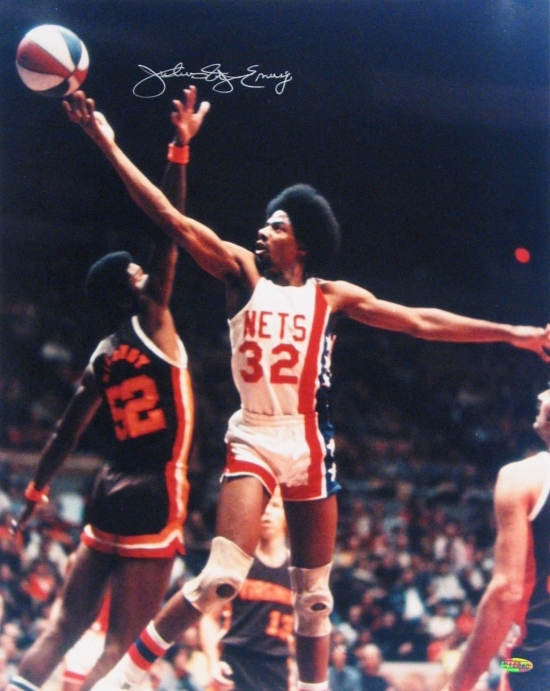 Jason Kidd might be the man we named the best all-time Brooklyn Net but that does not necessarily mean we think he was the greatest player to ever suit up for the organization.

That man is Julius Erving.

Erving debuted in the 1971/72 season with the Virginia Squires of the American Basketball Association as he was able to play professionally a year early to the league’s hardship rule.  He would immediately light up the league and as a sophomore he would win the ABA scoring title.  Sadly, for the Squires, like many teams in the ABA they were having financial issues and a trade was engineered sending Erving to the New York Nets, who would later become the Brooklyn Nets.

Following this, the ABA folded with four teams (including New York) joined the National Basketball Association, and the New York Knicks demanded (and received) a lump sum over 4 million for having the soon to be Nets “invade” their territory.  This caused issues for New York to pay Erving the raise they promised him and while they got into the NBA they were forced to trade their star player, which they shipped to Philadelphia.  Years later Erving would take the 76ers to the NBA Championship, which has to remain a thorn in the side of Nets fans old enough to remember.

Erving was an All Star EVERY year he played professionally and he would enter the Naismith Basketball Hall of Fame in 1993.