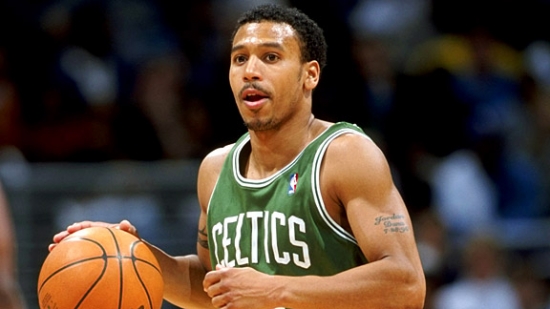 Dana Barros signed with the Celtics as a Free Agent the year after he was named an All-Star and the Most Improved Player of the Year Award with the Sixers.  With all due respect to Barros, the Celtics didn’t get that player, though the Point Guard did get a hometown player who gave them solid efficiency (16.4 PER) and a 10.1 PPG.  Barros' first two seasons in Boston would see him average 12.8 Points, and in his third year, his PER was 18.6.  He would leave Boston as part of a four-team trade but came back as an Assistant Coach in 2004 and would play in one game that year.