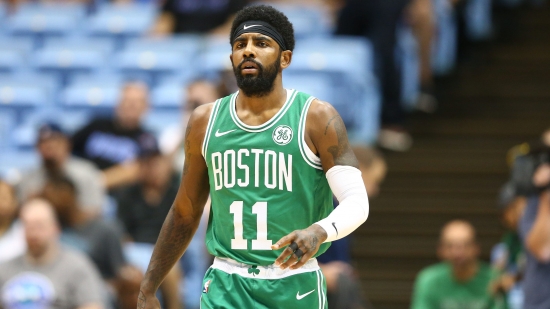 This one can be considered a little tricky.

When Kyrie Irving surprisingly requested a trade from Cleveland (to get away from LeBron, let's be honest!), Boston arguably stole him in the deal considering that the best player that they gave up, Isaiah Thomas was never the same after that hip injury that took him out during the previous playoffs.  Irving wanted to prove he could lead a powerhouse team, and he did…sort of.

Irving's first season in Boston saw the team emerge as genuine contenders to the East with the Point Guard going to his fifth All-Star Game and averaging 24.4 Points per Game.  A late-season injury would take him out for the rest of the season, but they were poised for greatness for the next year.

While Kyrie thrived as a Second Team All-Pro Selection, the team just didn't gel and unceremoniously was bounced in the 2019 Playoffs.  The team that Irving once pledged loyalty to, he quickly dismissed in free agency for the Brooklyn Nets, which left a bad taste in the mouths of Celtics' fans.

Still, it can’t be argued that Irving put up outstanding numbers in Boston that would overall average 24.1 Points and 6.1 Assists per Game with a PER of 24.6.  Very few Celtics ever had two seasons like that.