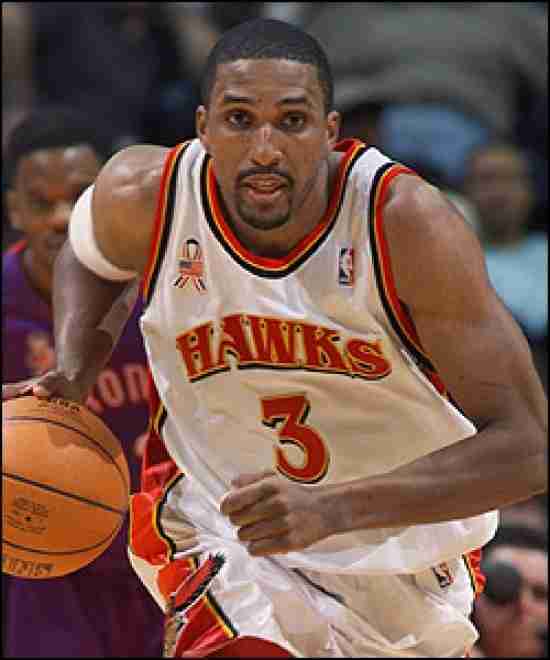 Shareef Abdur-Rahim was a better player than he really got credit for, but when you always play for bad teams, it is easy to forget you.  Abdur-Rahim actually holds the distinction of paying the most games in his career (Vancouver, Atlanta, Portland and Sacramento) before finally participating in the playoffs.


Regardless of being unable to lead a team in to the post season (he was a bench player when he made the post season with Sacramento), this was still an excellent scorer who averaged 20.4 Points and 8.9 Rebounds per Game and went to his only All Star Game as a Hawk.  He was only with Atlanta for two and a half seasons but his offensive productions warranted him a place on this list.