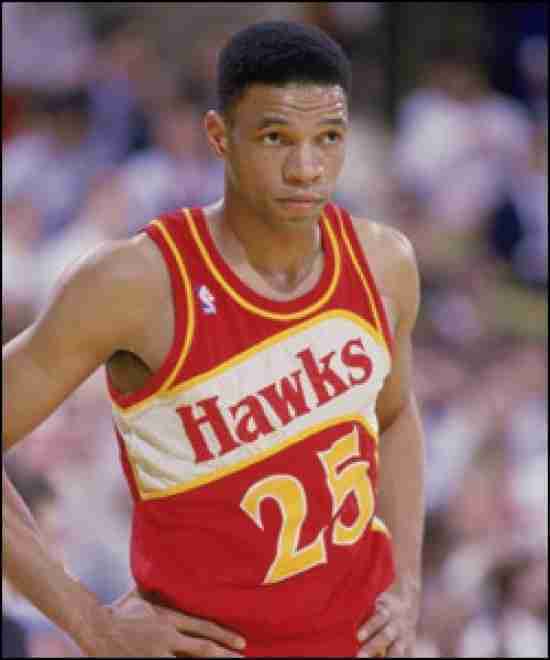 While Doc Rivers is far better known these days for his coaching work (he is a former Coach of the Year with an NBA Ring in Boston) there are many in the state of Georgia who will always remember him for his sweet passes to Dominique Wilkins.


The Point Guard would average a double double (10.0 Assists and 12.8 Points) in the 1986-87 Season and would follow that up the following year with a trip to the All Star Game.  Rivers would go over 10 Points per Game seven times and finished in the top ten in Steals per Game as a Hawk.