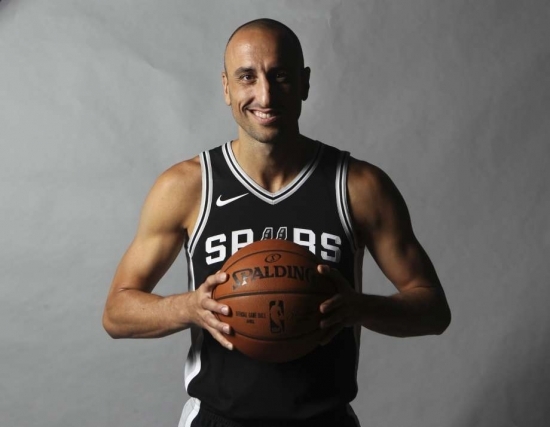 In our eyes, this is one of the most intriguing candidates of the first time eligible players for the 2022 Naismith Basketball Hall of Fame Class.

Manu Ginobili spent his entire NBA career with the San Antonio Spurs and it is not inaccurate to state that he was a steal as few (if any) predicted that the 57th overall pick of the 1999 Draft would have a career as fruitful as he did.  Ginobili would arrive in the NBA in 2002 and in a reserve role would help the Spurs win the 2003 Championship.  Over the next fifteen seasons, the Argentine Shooting Guard would show himself to be one of the most selfless players in professional basketball and would start, come off the bench and do what ever needed to be done to secure a win.

Because he sacrificed gaudy stats, he was “only” a two time All Star (though also a two time Third Team All NBA Selection) but he was a four time NBA Champion, and can you easily argue that San Antonio does not win four titles without him?  We can’t!

If there are doubts on Ginobili, one needs to only look at his international accomplishments (remember, this is a factor in the Naismith Basketball Hall of Fame) to see his overall worth.  As a member of the Argentinian National Team, where in 2004 he was an integral part of his team’s Olympic Gold Medal, which was one of the greater upsets in Olympic Men’s Basketball.  Ginobili also won a Bronze Medal in the Olympics (2008) and a Silver Medal in the FIBA World Cup (2002).  Again, this can’t be discounted!

In our eyes, we wonder how long they make Manu Ginobili wait as his overall body of work is easily Hall of Fame material.

Should Manu Ginobili be in the Hall of Fame?