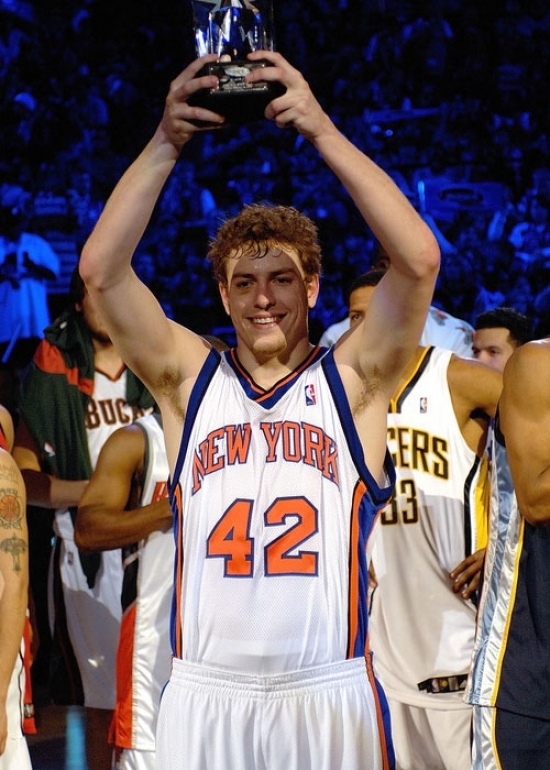 In regards to what you think a star in the National Basketball association should look like, David Lee would not be the prototype.  While we are saying that, we are talking about a highly skilled player who averaged a double double four times and made the most of his skills to be named an All Star twice.

Lee was originally a New York Knick and his play would gradually improve to where in his fifth and final season he would make his first All Star Game, and post a career high 20.2 Points and 11.7 Rebounds per Game.  He would be traded to the up and coming Golden State Warriors and he would continue playing a good game in the paint.  Lee would again be named an All Star in 2013 while being chosen to the All NBA Third Team the season before.  He would start to see his minutes decrease in the 2014-15 season, but he was still a large part of their first NBA Championship in decades in 2015.

He would finish out his career with Boston, Dallas and San Antonio before retiring in 2017.

Should David Lee be in the Hall of Fame?