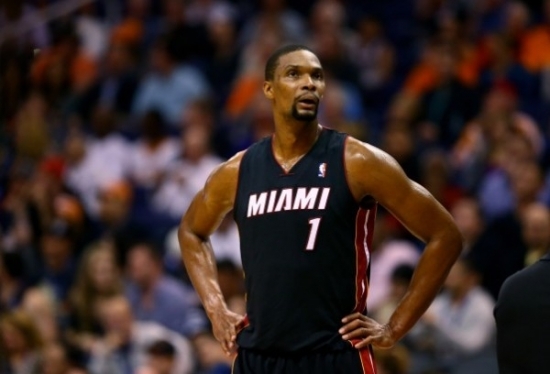 Honesty, this one is a little tough for us.

It is not that we don’t think that Chris Bosh should be ranked at this spot.  We do.  It just is we aren’t positive that he is exactly eligible…or that he even wants to be right now.

As most of you aware, Bosh has not officially retired and is still hopeful that he can play again.  He last played for Miami in 2016 and prior to the All Star Break he was diagnosed with blood clots and was unable to play and continuous clotting has prevented him from returning to the hardwood, thus making him now Hall of Fame eligible.

So, now that we have gotten that out of the way, is CB4 a Hall of Famer?

There is a lot in the positive side of the ballot as this is a player who is in rarified air with 11 straight All Star Games and two NBA Titles with the Miami Heat where he was a hybrid star/role player if that makes sense.  Arguably, in his lengthy prime the versatile former Georgia Tech Yellow Jacket was in that second tier of elite players in the NBA for a long time, a duration long enough for him to be considered a superstar.  Bosh’s career started with the Toronto Raptors where for five seasons in a row he averaged more than 22 Points per Game and essentially WAS the Raptors franchise.  Bosh would go from the #1 to the #3 and go to Miami with LeBron James and join Dwayne Wade and win two NBA Championships, in which Bosh sacrificed points for other intangibles to help “South Beach” win.

This is pretty good right?

While Chris Bosh went to that slew of All Star Games realistically he was never in that top eight of players in the NBA, and he was only in the top ten in Points per Game three times.  More importantly, he was an eleven time All Star who was only a one time All-NBA selection, which seems very low.  Having said this, based on what the bar is for the Naismith Basketball Hall of Fame, he should be considered a surefire entry.

Should Chris Bosh be in the Hall of Fame?