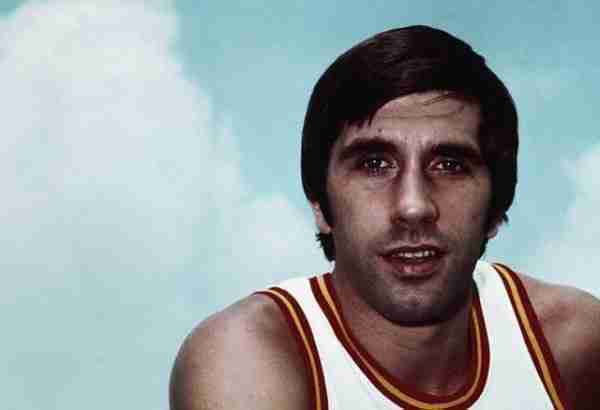 Rudy Tomjanovich has a very unique case for Hall of Fame selection.  His accumulative stats suggest that he is not worthy, as he scored just over 13,000 points and grabbed just over 6,000 rebounds in a 12 year career.  However, there are extenuating circumstances with Rudy T.  First Tomjanovich was a great college player at Michigan who still holds the career record there for rebounds and that turned him into 2nd overall pick by the San Diego Rockets.  He became a standout with them and was hugely popular with the fans when they moved to Houston.  He was not just popular, but very good; making 5 All-Star teams.

Of course this all changed on December 9, 1977 when Tomjanovich received the most famous right cross in sports history from Kermit Washington.  The blow left Tomjanovich with life threatening injuries and the melee caused the NBA to restructure their rules around altercations.  Rudy T did come back and made the fifth of his final All-Star game appearances.  He retired soon after and that is the question we must ponder as what might have been.

That "what ifs" were as a player, as Tomjanovich would go on to be an Assistant Coach and Head Coach for the Rockets.  He would lead his team to an NBA Championship in both 1994 and 1995, and on the International level, he took the United States to a win at the Olympics.  Tomjanovich would be inducted into the Hall of Fame as a Coach in 2020, but remember this is a player's list, and you can enter the Hall as both a player and a coach/contributor.


Should Rudy Tamjanavich be in the Hall of Fame?

Should Rudy Tamjanavich be in the Hall of Fame?

0 #2 Clutch city 2015-06-14 21:35
rudy t deserves a hall of fame nod. He built a true team. Phil Jackson is jealous because Rudy T stole his thunder. Clutch city will always be remembered and rudy was the architect plus he's a great person.
Quote
0 #1 EverestMeisterNeg1 -0001-11-30 00:00
Calvin Murphy is in, and was he really that much better than Rudy T?
Quote
Refresh comments list
RSS feed for comments to this post