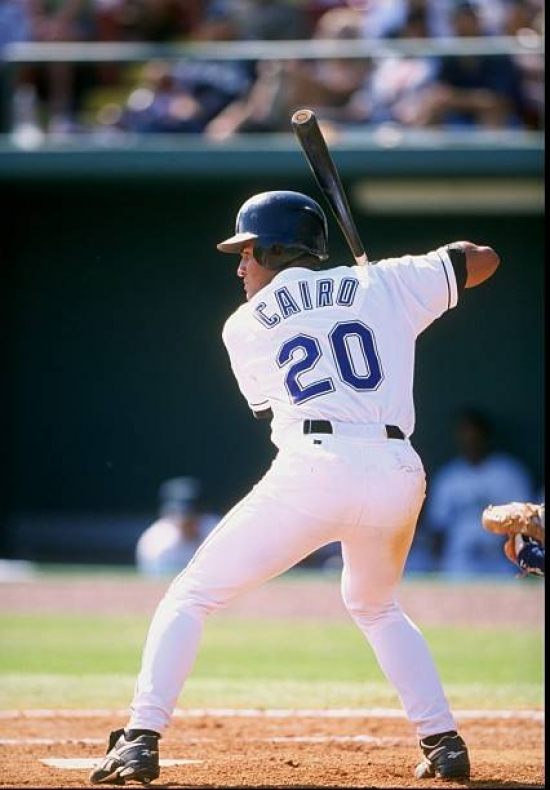 Miguel Cairo was in the Cubs system and was taken with the eighth pick of the Expansion Draft.  This transaction allowed the Venezuelan to be inserted as the starting Second Baseman of the Rays, where he saw the most playing time of his life.  Cairo showed good defensive metrics with the most Total Zone Runs by an American League Second Baseman in 1998, and he was first in Range Factor per Game at his league position in 1999.

Cairo was not a good hitter, but he did have collect 138 and 137 Hits in his first two seasons there, but his play declined in 2000, and he was released the following year.

Tagged under
Tweet
More in this category: « 49. Corey Dickerson