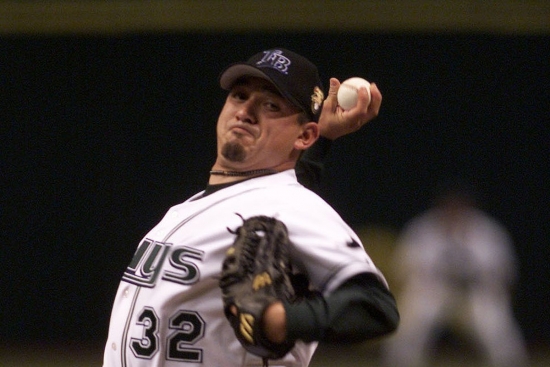 Albie Lopez was an original Tampa Bay Devil Ray after being chosen 48th overall in the Expansion Draft from the Cleveland Indians.  The original Devil Ray played out of the pen in his first two seasons in Florida, and in his last full season with the Devil Rays (2000), he went 11-13 over 185.1 Innings.

Lopez was traded during the 2001 season to the Arizona Diamondbacks and would win a World Series ring with them that year.