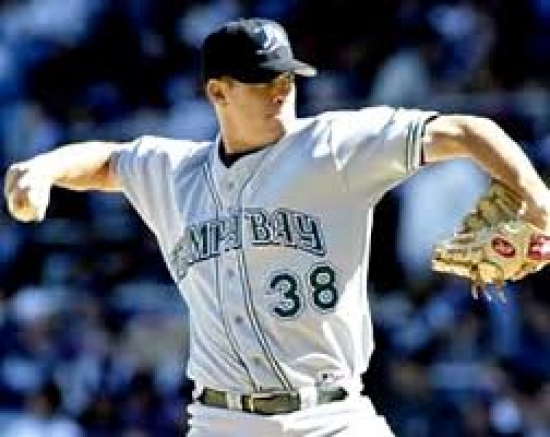 In the '03 season, Carter threw for 26 Saves and had 55 Games Finished, the latter seeing him finish fifth in the American League.  He was a surprise All-Star that year.  Carter would not remain as the team's closer, but he played two more years with Tampa Bay and would finish 45 more Games before being dealt to the Dodgers.

With Tampa, Carter would have 29 Saves and 107 Games Finished.

Tagged under
Tweet
More in this category: « 49. Austin Meadows