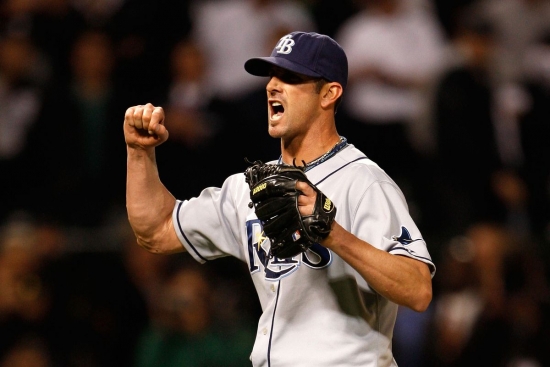 Grant Balfour’s best days were with the Oakland Athletics, but the longest tenure of the Australian’s career was with the Tampa Bay Rays.

Balfour first joined Tampa when he was traded during the 2007 season.  He would proceed to have his best year with the Rays in 2008, where he went 6-2 in relief with a 1.54 ERA.  He had four Saves that year and would repeat that in 2009, albeit with a much worse ERA of 4.81.  After another year in middle relief, he joined Oakland and returned in 2014, where he pitched 35 more Games.

Balfour had 20 Saves with 76 Games Finished for the Rays.