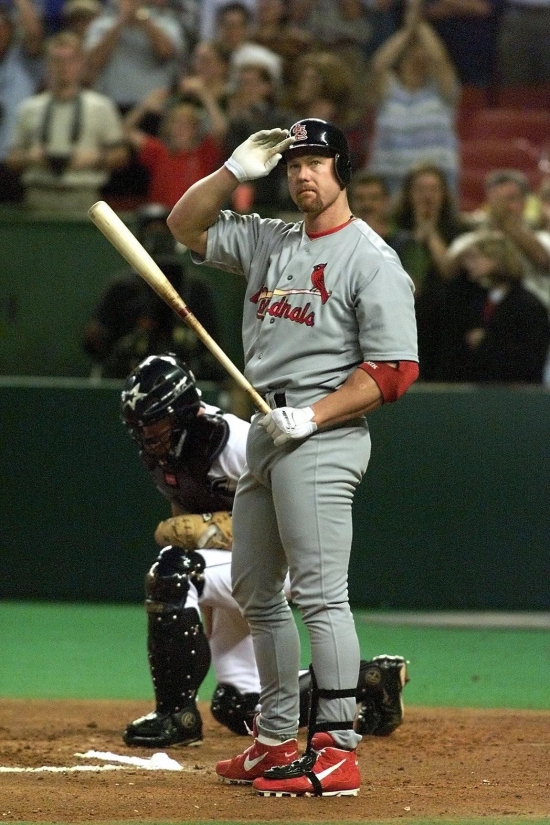 The accomplishments of Mark McGwire are not as distinguished as they used to be but make no mistake what an impact he had when he was smacking Home Runs at will and chasing the single season Home Run record when he was a St. Louis Cardinal.  For the younger readers, please understand that everybody was paying attention and it was what got many people back into Baseball.

With that out of the way, McGwire arrived from Oakland midway through the 1997 season bringing the power and excitement that he was known for and in 1998 (again, let’s not go into the how) he shattered Roger Maris’ record by blasting 70 Home Runs with a disgusting Slash Line of .299/.470/.752 with 147 Runs Batted In.  McGwire was the runner-up for the National League MVP.

A few things before we finish off on McGwire.  For those thinking we should penalize for PED use, we don’t do that here, especially when it occurred in an era where there were many users and a Commissioner who allowed it.  If you think his rank his too high based on the amount of games he played we get that but we do count impact in individual seasons, which he did have.  If you think he is too low, we also count defensive attribute of which McGwire had none.