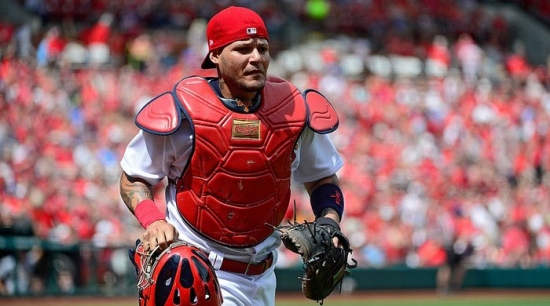 There is so much to love about Yadier Molina.

A ferocious player when needed, Yadier Molina has been a clubhouse leader since he arrived to the St. Louis Cardinals, the only team he has played for in the Majors.  Early in his career, the Puerto Rican was universally regarded as being a really good defensive Catcher and a light hitter but in 2008 he improved his Batting Average to .308 and was locked in as the team’s starting Catcher.

Molina would have four more seasons where he batted over .300 and in two of those seasons he finished fourth in Batting.  To date, Molina has 1,850 Hits over his career and he isn’t done yet.  He is also capable of a decent power game as he has had a pair of 20 Home Run seasons.  While we are extolling the virtue of his offense it was his defense that brought him to the dance.  To date, he is a nine-time All-Star who would win nine Gold Gloves, four Platinum Gloves, and finished in the top ten in Defensive bWAR seven times.

Molina would help the Cardinals win two World Series (2006 & 2011) and it is arguable that they would not have won those trophies without him.