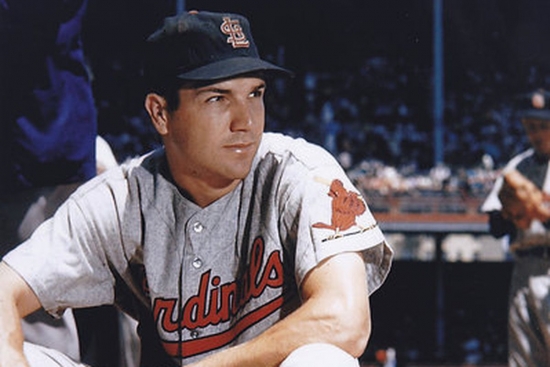 Signed as a Pitcher, Ken Boyer would be converted to a Third Baseman in his second season in the minors and that worked out well both for Boyer and the St. Louis Cardinals.

Boyer would take over the starting Third Base job in 1955 and he would hold that spot for a decade (save for a season in 1957 where he played Centerfield).  Boyer was an excellent fielder at the hot corner where he would be a five time Gold Glove winner and three time leader in Total Zone Runs at the position making him arguably among the upper echelon defensively at that spot.  Of course, Ken Boyer was much more than just his glove.

An excellent contact hitter with five seasons batting over .300, Boyer provided consistent power numbers with eight season of 23 or more Home Runs.  His apex really began when he became the Cardinals team captain in 1959 and he would rattle off six straight All Star Game appearances.  From 1958 to 1963 he would receive MVP votes but it was in 1964 where he would lead the NL in RBIs and finish with the most votes and win that coveted award.  That wasn’t even the main course for Boyer in ’64, as he would lead his Cardinals to a World Series Championship.

Boyer would suffer back problems shortly after and was subsequently traded to the New York Mets, but his contributions to St. Louis would never be forgotten.