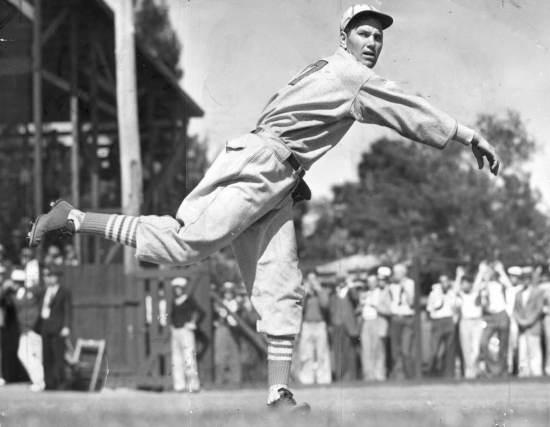 We meant it when we said that Bob Gibson was the greatest St. Louis Cardinal Pitcher of all time, however that does not necessarily mean that he had the most dominant run as a Cardinals hurler.

We will give that one to Dizzy Dean.

Born Jay Dean, but dubbed “Dizzy” for his outlandish brash and confident personality, Dean would play one game for St. Louis in 1930 and after tearing it up in the minors would be called up for good to start the 1932 season.  The righthander would have a good rookie season with an 18 and 15 record and a league leading 191 Strikeouts.  He was also third in bWAR for Pitchers that year, though of course nobody knew what that was back then!  Dean play would improve again leading the NL in Strikeouts with his first 20 Win season but it was 1934 where he would establish himself as the best Pitcher in Baseball.

To say that 1934 was special would be an understatement.  The Cardinals became affectionately known as the “Gashouse Gang” with Dean as the undisputed face of the franchise.  He went 30 and 7 and is the last National League Pitcher to secure 30 Wins and with the current state of the game he will likely stay that way.  Not only was he first in bWAR regardless of the position, he was named the National League MVP.  It got even better as he would go 2 and 1 in the World Series, winning Game 7 and securing the title for the Redbirds.

Dean was the runner-up for the MVP in both 1935 and 1936 and would win 28 and 24 Wins in each season while still striking out batters at an incredible rate.  He would be a four time Strikeout leader and from 1932 to 1937 he never finished lower than third in bWAR for Pitchers in the National League.  That is an era of dominance!

He would be traded to the Chicago Cubs prior to the 1938 season but issues with bursitis rendered him a fraction of what he was and he never came close to having a great season again but his accomplishment with the Cards can never be discounted.

Dean would enter the Baseball Hall of Fame in 1953.