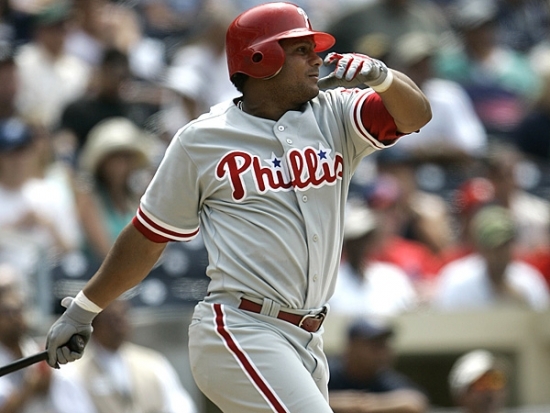 Bobby Abreu was the master of plate discipline and the maestro of working a pitch count.  The Venezuelan would get much of his due when he was traded to the New York Yankees, but it was in Philadelphia where he was at his best and a two time All Star who the sabremetricians absolutely loved.