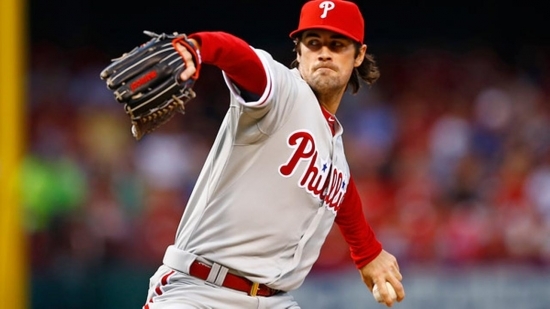 A master of the change up and the four seam fastball, Cole Hamels will always be remembered for his role as the staff ace in the 2008 World Series win.  In that post season, Hamels went 4-0 where he fanned 30 batters and was named the NLCS and World Series MVP.

Hamels did not win a Cy Young Award but in four different seasons he finished in the top ten in voting, finishing as high as fifth in 2011.  He was an All Star with Philadelphia three times and overall would go for 114-90 with 1,844 Strikeouts, placing in the top ten in Ks seven times with Philly.  He was also the National League leader in WHIP in 2008.