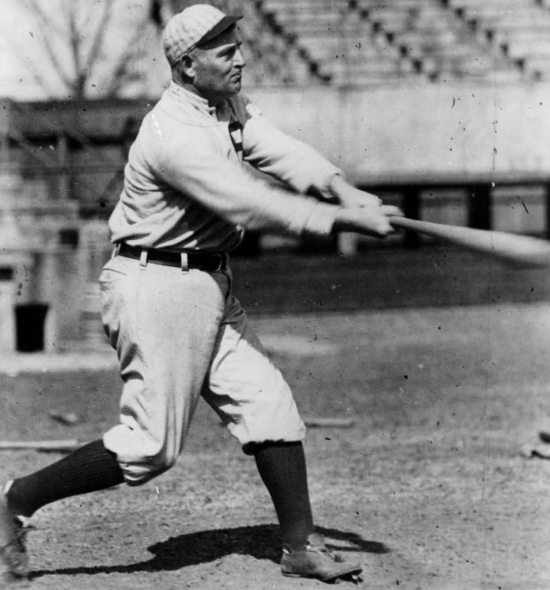 Gavvy Cravath did not make his MLB debut until he was 27 with the Red Sox but he was bemoaned as being too slow to be an effective player by fans, management, and teammates alike.  He would bounce around until a clerical error at the age of 31 gave him a second chance with the Phillies and he certainly made the most of the opportunity.

Cravath would become a slugger in the 1910’s deadball era and would win the National League Home Run Title six times.  Granted his season-high of 24 does not seem like a lot but for the era it was gargantuan and an asset he used to the best of his ability in Philadelphia’s tiny Baker Bowl, a ballpark which at the time was a hitter’s paradise.  Cravath would also win the RBI Title twice as well as the Slugging Title twice, but the more impressive feat was his keen batting eye that allowed him to finish first in On Base Percentage on two occasions.