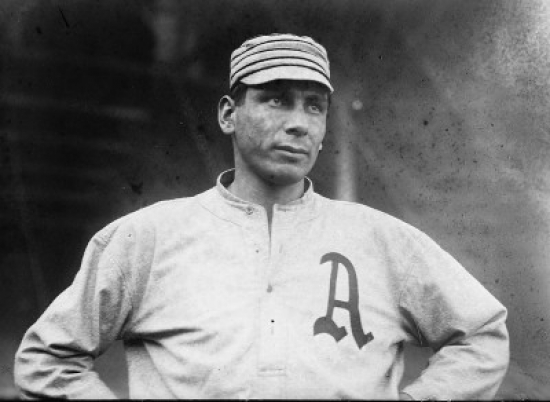 Charles Albert “Chief” Bender signed as a Free Agent before the 1903 Season with the Philadelphia Athletics, and the "City of Brotherly Love" would be his home for the next 12 seasons.  Bender would be considered one of the nicest guys of the American League, but more importantly, he was one of the better hurlers in the game.

Historically speaking, Bender is credited (though disputed) with developing the slider.  He would also record a no-hitter in 1910.

He would overall post a record of 193-102 with 1,535 Strikeouts for the Philadelphia Athletics.

Bender was chosen for the Baseball Hall of Fame in 1953, but he sadly passed away in between when he was elected and the induction ceremony.