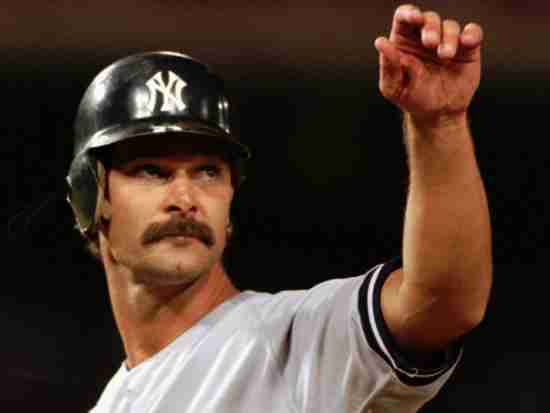 
In those years, Mattingly exceeded over 185 Hits in a season, two of which were enough to lead the American League in Hits.  Needless to say, this led to a very high Batting Average and during that three year stretch he won one Batting Title and never batted below .300.  He was named the American League MVP in 1985 and was the runner-up in ’86, though that year saw him net even better offensive statistics.

“Donnie Baseball” however would suffer from sever back problems that would render the second half of his career to being a shell of what he was in the first half.  That likely cost him a spot in the Baseball Hall of Fame.

He also holds the dubious distinction of being the “unluckiest” Yankee star, as he never participated in a World Series ceremony as a player for New York.