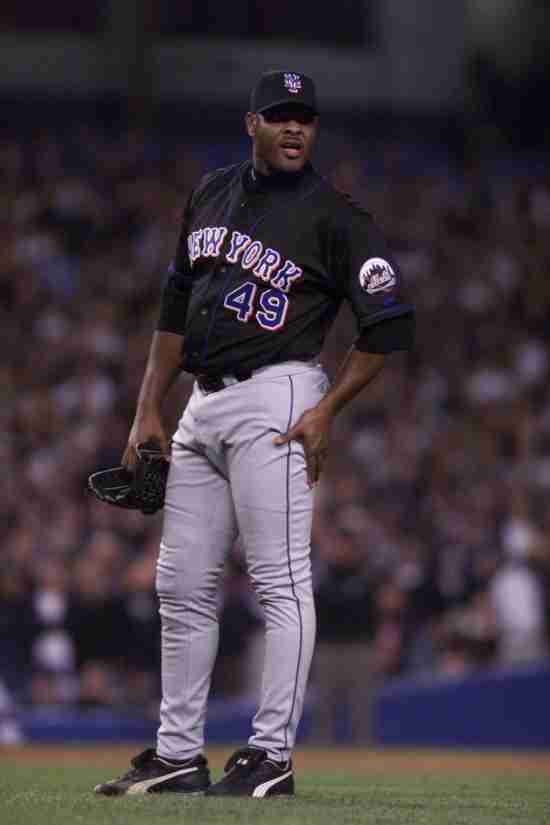 Mets fans may not have a great memory for Armando Benitez as he is more known for the Saves he blew (especially in the playoffs) than the ones he made, but there is no question that he closed a lot of games for New York.


Benitez would twice net over 40 Saves in a season and was a Rolaids Relief Award winner in 2001.  He was also an All Star in 2003, though would be traded to the crosstown Yankees days after.