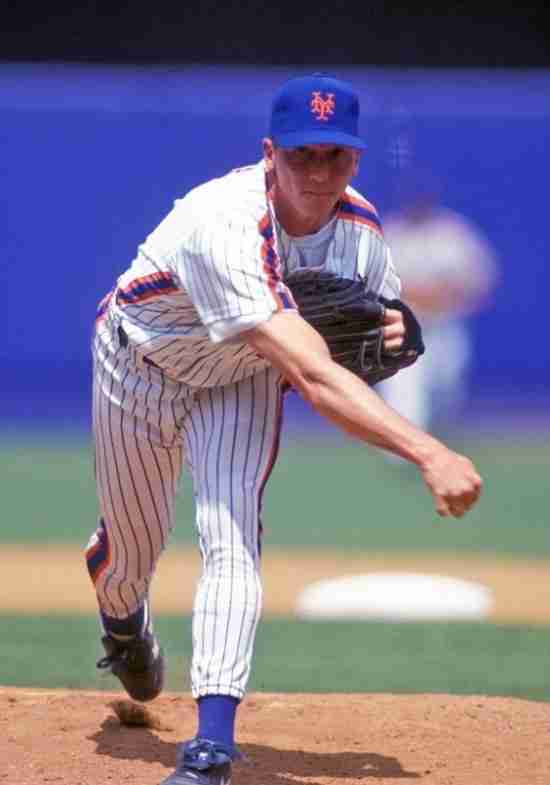 David Cone has the distinction of being an incredible post season Pitcher, though he only had one chance to show that for the Mets.  He did however have plenty of opportunity to have regular season success for the New York Mets.
Cone would work his way to the starting rotation and quickly would join Dwight Gooden as a Strikeout machine.  Cone would win the National League Strikeouts title twice with the Mets, and finished 2nd in 1992, even more incredible considering he was traded late in the season to the Toronto Blue Jays.  That year he was traded, he would lead the NL in K/9 and Shutouts, again in a season he did not complete in the NL!

He would win five World Series Rings in his career, one with Toronto and four with the cross town Yankees.