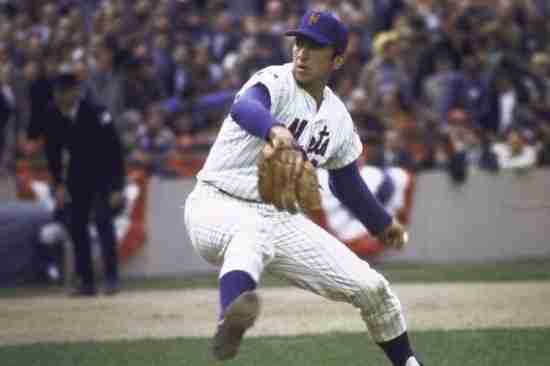 It cannot be disputed that Tom Seaver was the ace of the New York Mets staff during the 1969 Miracle Mets season and beyond, but Koosman was the far more effective hurler in the ’69 World Series (he went 2-0 with a 0.623 WHIP) and was also a large reason they got there in the first place.


Koosman was a star in his own right, earning a trip to the All-Star Game both in 1968 and 1969 and helped them reach another Fall Classic (albeit in a losing effort in 1973).  “Kooz” would have his best season in baseball in ’76 when he won 21 Games with 200 Strikeouts finishing second in Cy Young voting.

Jerry Koosman deserves to go down as one of the great New York Met Pitchers ever.  Now if only he kept the game ball from the ’69 Title!