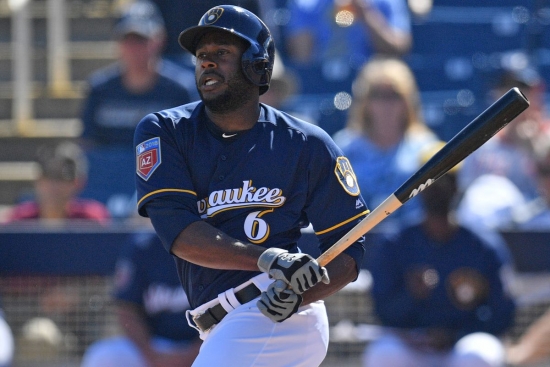 After being drafted in the 17th Round in 2004, Lorenz Cain defied the odds and made the main roster for Milwaukee in 2004.  He only played 43 Games for the Blue Brew Crew before being traded to Kansas City as part of six-man trade.  The Royals treated Cain well, and he would win the World Series with them in 2015, but he returned to the Brewers in 2018 as a Free Agent.

Cain would be an All-Star in his first year back, batting .308 and would post a swipe a career-high 30 Stolen Bases, and finished seventh in MVP voting.  Cain’s offense dropped in 2019, but he won his first Gold Glove that year, and was also a recipient of the Wilson Defensive Award.

Cain in getting older, but there is still skill there, and he could easily climb this list.