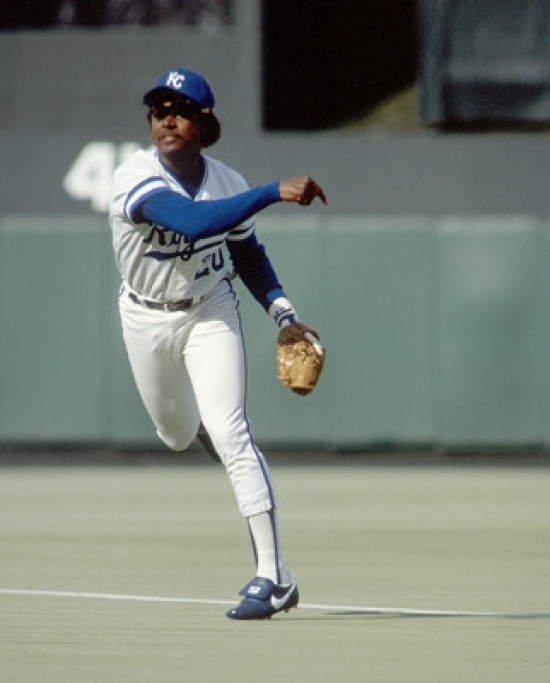 Frank White was a member of the Kansas City Royals for all eighteen of his Major League seasons, and the Royals faithful were happy that he was there for the duration.

White is one of the few players in Major League history to accumulate 2,000 Hits (he hit 2,006) with one team.  A five time All Star, White was capable of some pop with his bat (two 20 Home Run Seasons) but was best known for his defensive skills.  Nicknamed “Hoover” for his ability suck up balls in the infield, White won a Gold Glove eight times.

If this overall ranking seems a little low for such a popular and tenured player it is difficult for us to put White any higher as his career On Base Percentage is under .300.  That is a pretty bad number.