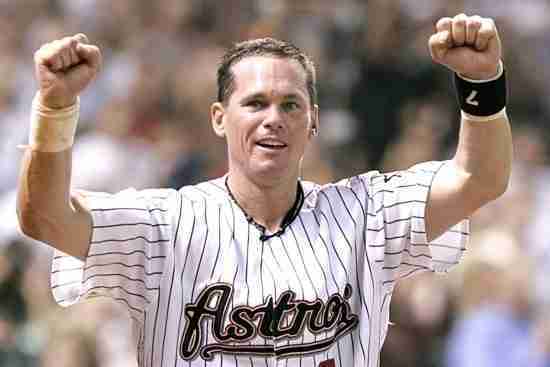 Like his “Killer B” teammate, Jeff Bagwell, Craig Biggio spent his entire career as a member of the Houston Astros.


A seven time All Star, Biggio’s twenty seasons saw him put up impressive numbers, the most incredible being his 3,060 Hits, making him one of the few people who ever accomplished the 3,000 Hit plateau with one franchise.  His power was shown through five Silver Sluggers and his speed through one Stolen Base Title and 414 career swipes.

The 2015 Baseball Hall of Fame inductee became the first player inducted wearing an Astros cap.  Considering the high regard he is held in and the unquestioned character he possesses, it is hard to think of a better choice to represent Houston first.