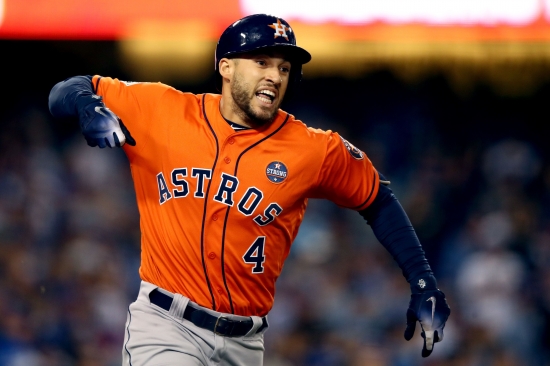 George Springer had a nice rookie season in 2014 with 20 Home Runs and it didn’t take long for him to become one of the Astros’ top players.

He would lead the American League in Plate Appearances in 2016 with a 29 Home Run season and he followed it up in 2017 with 34 taters and his first of two consecutive trips to the All-Star Game.  Springer’s 2017 post season was phenomenal as he smacked five Home Runs in the World Series where he led them to their first championship and was named the World Series MVP.

An All-Star for the last three years, Springer is still with the Astros as of this writing he should continue to vault up this ranking.