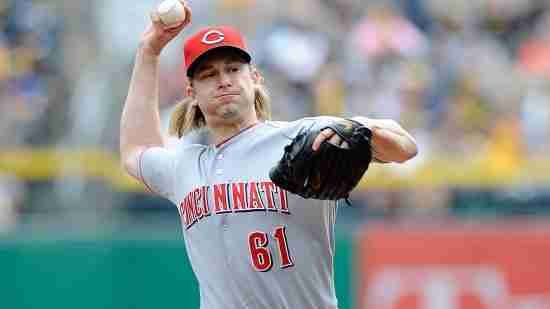 Bronson Arroyo had already won a World Series with the Boston Red Sox in a before he was traded to the Reds, but it was in Cincinnati where he would enjoy his best success.

Arroyo was not an elite starter but would win over 100 Games with Cincinnati, winning 14 or more Games five times.  He was an All Star in 2006 and was second in bWAR for Pitchers that year, though it was in 2010 where he received Cy Young votes (finishing 12th).  Arroyo was also an above average defensive Pitcher, winning the Gold Glove in 2010 and leading the NL four times in Fielding Percentage by a Pitcher.

More in this category: « 49. Tom Browning