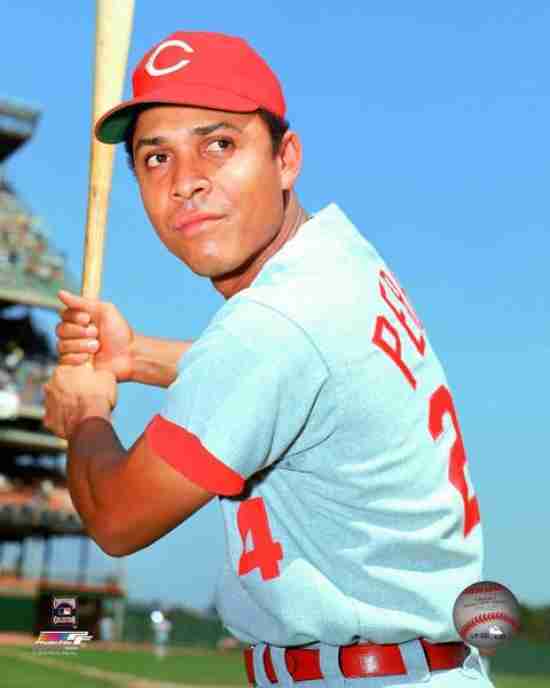 Before the Big Red Machine got going, Tony Perez had already established himself as an All Star.  As the team became “The Big Red Machine”, Perez would again go on an All Star tear, and was known for his clutch hitting.  He would go over 100 Runs Batted In six times and would also exceed the 25 Home Run mark six times.
Perez may not have been the best player for Cincinnati during their back-to-back World Series titles in the 1970’s but he was labeled by manager Sparky Anderson as the “heart and soul” of the team.  It was a huge loss when he was traded but fittingly he would return to Cincinnati to finish his career.

He would enter the Baseball Hall of Fame in 2000.