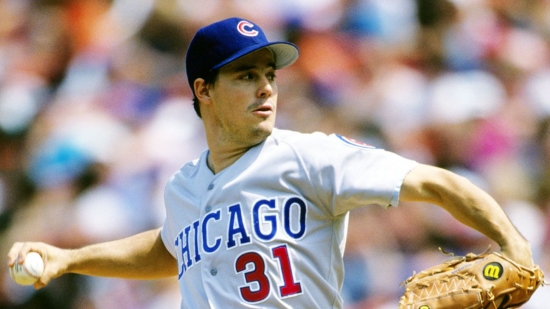 Greg Maddux is always thought of first as an Atlanta Brave, but it was with the Chicago Cubs where he first rose to prominence.  Maddux started slowly with Chicago, but the talent was there, and in 1988, his third year in the Majors, he was chosen for the All-Star Game with an 18 Win season.  He was solid for the next three seasons, winning 19, 15, and 15 Wins, and in 1992, he would lead the NL with 20 Wins and had an ERA of 2.18.  He would win the National League Cy Young Award that year, would go to his second All-Star Game, and he had won his third straight Gold Glove.  Sadly, for the fans at Wrigley, Maddux was a Free Agent, and talks broke down, and he signed with Atlanta winning the next three Cy Youngs.  Maddux would, however, return later for two more seasons in 2004.

As A Cub, Maddux would win 133 Games ad record 1,305 Strikeouts and would enter the Baseball Hall of Fame in 2014 on his first year of eligibility.