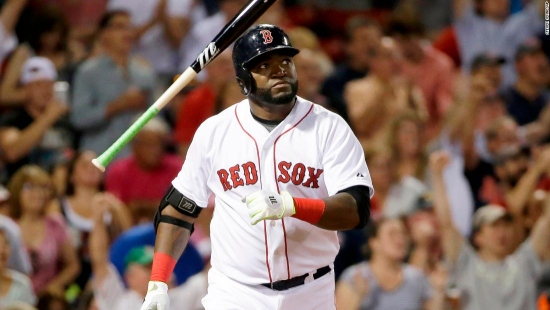 There will be a question one day as to just who is the greatest Designated Hitter of all time.  For many, there is no question, as it is David Ortiz.

The Minnesota Twins questioned it, as they released him after the 2002 season.  The Red Sox signed him, and the legend of “Big Papi” began immediately.  In his first year in Boston (2003), Ortiz had 31 Home Runs and 101 RBIs, and he followed that with his first of nine All-Star Games the year after.  His power numbers increased with 41 Home Runs and 139 RBIs, and he was one of the anchors of the Boston team that broke the curse and won the World Series.

Ortiz remained a power threat for the rest of his career.  The Dominican DH would have eight more 30 HR seasons, including the 2006 year, where he won the Home Run Title with 54 taters.  That year and the season before, he was also first in the American League in RBIs.

He was not just a power hitter, as he was capable of hitting for average.  On seven occasions for Boston, Ortiz batted over .300, and also was first in the league in Walks twice, with an OBP title in 2007.  Considering he was not in the field much, his hitting was so good that even in the advanced metric era, Ortiz was in the top five in MVP voting each year from 2003 to 2007.  An All-Star ten times, he was also a vital part of Boston's World Series wins in 2007 and 2013.